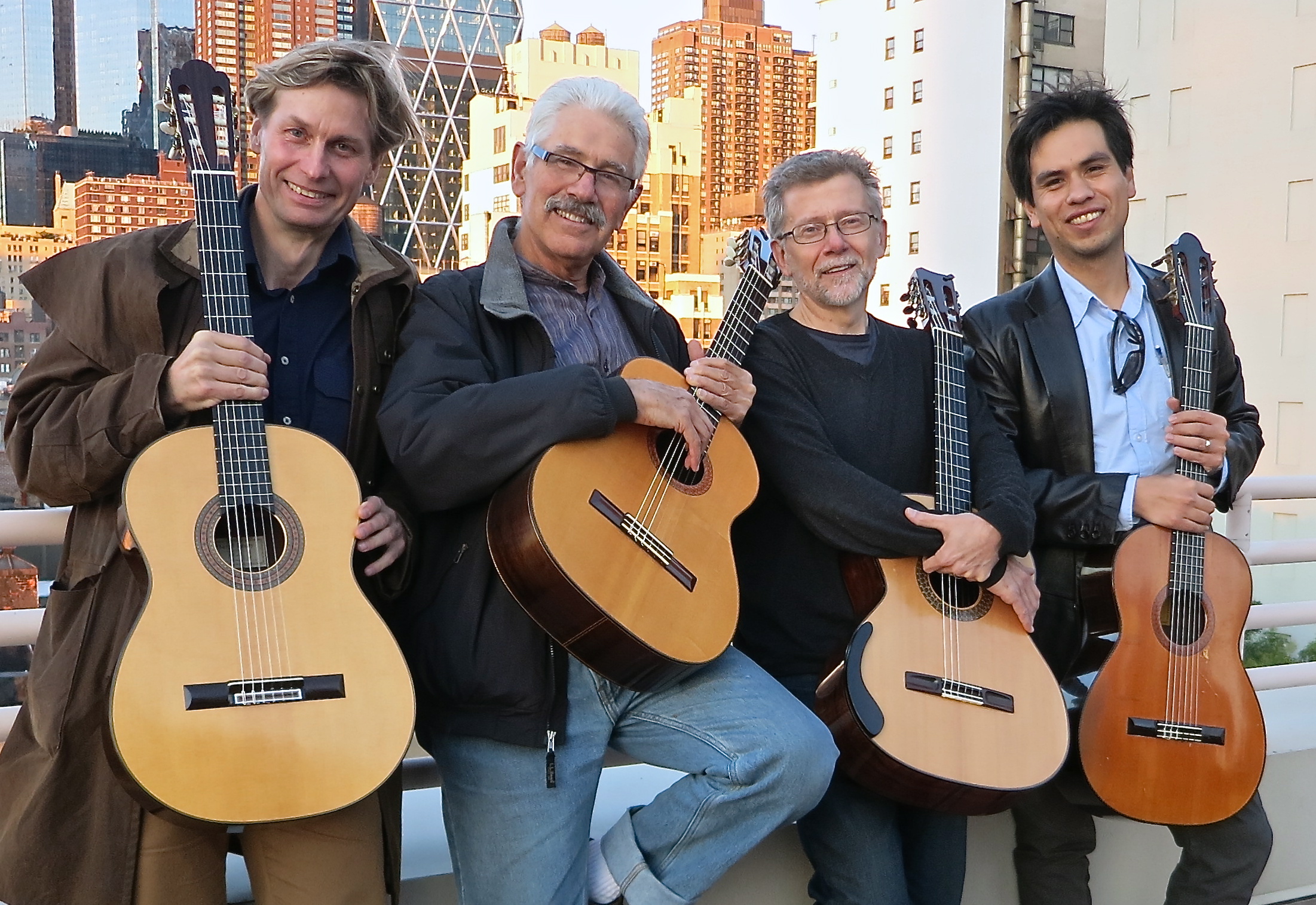 PLG Arts Chamber Music will present an afternoon of contemporary chamber music performed by the Brooklyn Guitar Quartet on Sunday, October 26 at 3pm.  Following a successful launch of the series last spring, this is the first event of the fall in an ongoing series of concerts in Prospect Lefferts Gardens.

“Nothing is more beautiful than a guitar, save perhaps two” – Frederic Chopin.  Then why not four?

BGQ’s repertoire focuses on accessible art music inspired by popular forms.  Many of the composers whose music they play are guitarists themselves, such as Andrew York, Paolo Bellinati, Leo Brouwer, and Roland Dyens.

PLG Arts is delighted to include PLG Arts Chamber Music in their current programming, which includes visual arts shows, jazz performance, theater, author readings, and other expressions of creativity in local venues.  The Chamber Music series is held at various venues in Prospect-Lefferts Gardens and surrounding neighborhoods.

Space is limited and reservations are required: Please email [email protected]  to RSVP.
The performance address will be distributed to the RSVP list.