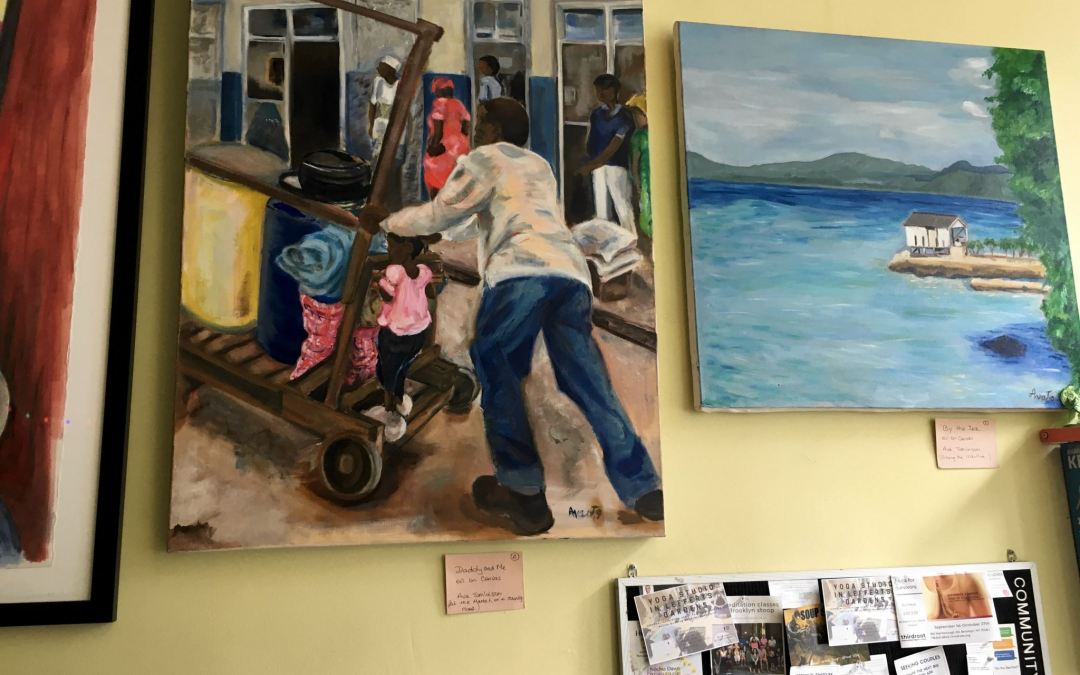 PLG Arts and Chameleon BK invite you to a reception for a show of paintings by Ava Tomlinson on Friday, September 20th, from 6 to 8 PM at Chameleon BK Cafe, 546 Flatbush Avenue, between Lincoln Road & Maple Street.

Ms. Tomlinson is a painter, printmaker, designer creator of knitwear and photographer. Brooklyn based, of Jamaican parents, with a foot in two distinctly different worlds. One of the First world, the other, of a Third world. She is a Pratt graduate who works in several media. Her work is mostly figurative, subject matter varied. greatly influenced by her grandparent’s in Jamaica. Color, light and form dominate in Tomlinson’s pieces. She has exhibited in the North of England, Barbados -CAFA, the Black Fine Arts show at the Puck Building, the Biennale in Miami, Skylight Gallery in Restoration, the Pan American University of Texas, Tikhonova & Wintner Gallery, SONYA Open Studio Art tour, Harlem Open Studio tours, and St. Joseph College.

Tomlinson works from her space in Brooklyn. Her work can be seen at www.AvaTomlinson.com 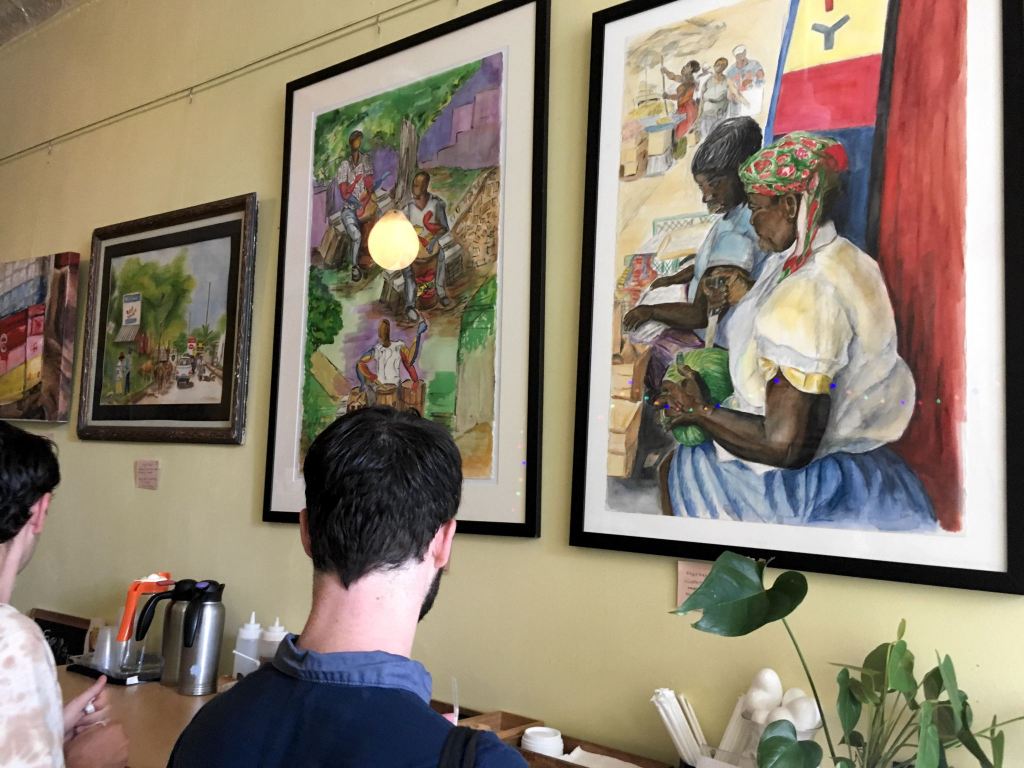