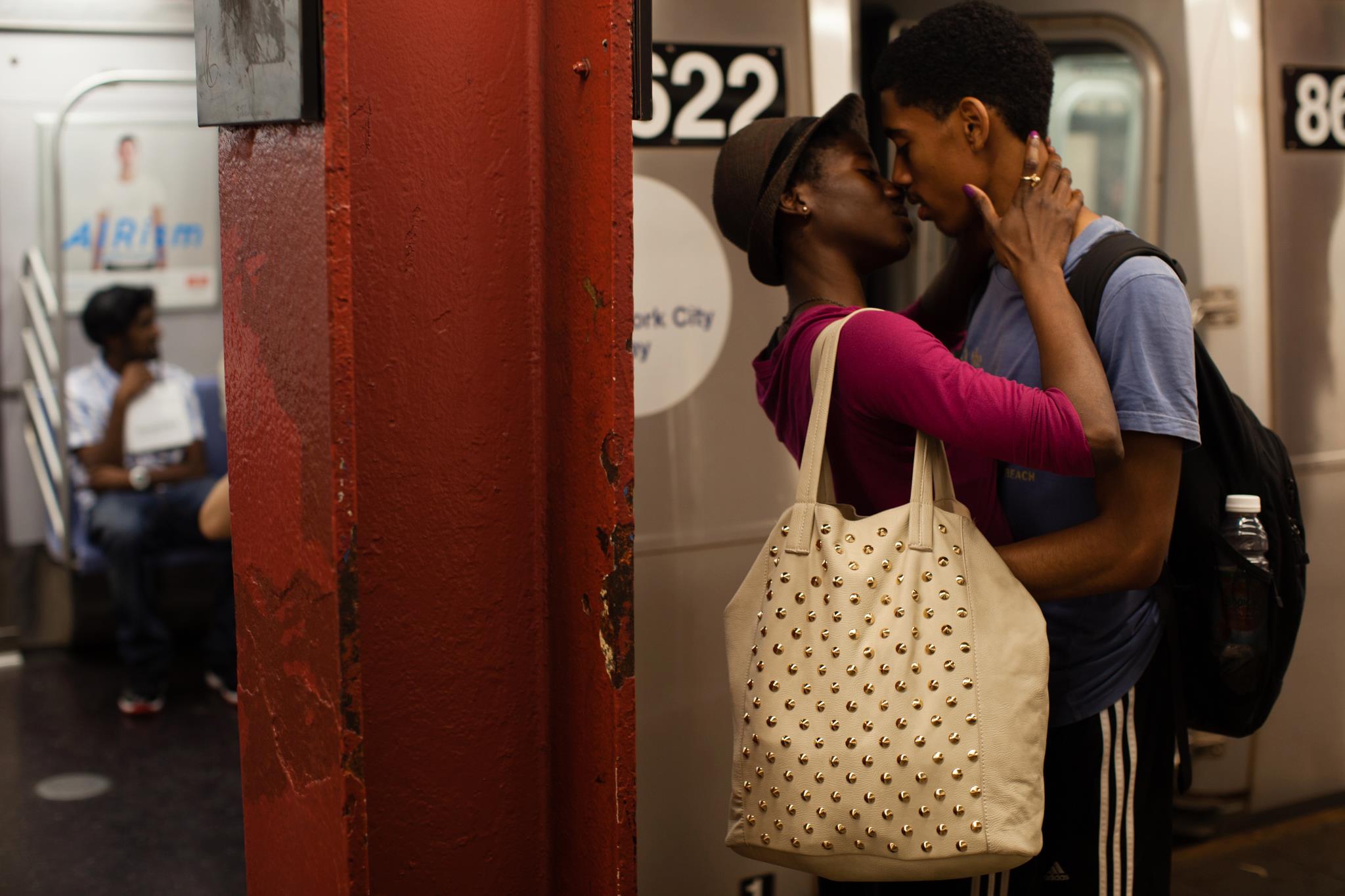 Please join us for the reception for a show of recent photographs by Fabian Palencia, the January show for PLG Arts Tugboat Local Artists series. It will be at theTugboat Tea Company, 546 Flatbush Avenue, between Lincoln Road and Beekman Place.

On any given day, roughly 4.5 million people ride the subway in New York City. The train runs along the track with a hypnotic rhythm, only occasionally interrupted by the conductor’s inaudible announcements.

I’ve been riding the subway system with a camera in hand for the last three years. Making photographs in the subway began as a means to avoid foul weather. Rain, sleet, hail and snow drove me underground into the warmth of the tunnels. What I discovered kept me there. I’ve succumbed to its enchantment.

On the street, I always have the option to walk away after photographing a subject, but that’s not the case on a train. There’s no escape. A new relationship is inevitable, and as the photographer, its type depends on my bedside manner and the mood of the person in my viewfinder. As I conduct research into the feelings of others, I study my own. The more I connect with them, the further into myself I descend.

A subway ride is a complete sensory experience, filled with a dynamic range of scents, from intoxicating pheromones and sensual perfumes to the most offensive odors. While visually, today’s subway cars are a stark departure from the days when graffiti covered entire trains, there’s still much to see. Color, geometry, images of fashion and fine art consistently provide the eye a place to rest due to overzealous advertisers, who inundate every square inch of space with typographic noise and illustrated pollution.

Buskers sing and dance their way through subway cars and await commuters on platforms, providing a soundtrack to the ongoing amusement park of the living. It is both metropolis and wild jungle, teeming with life, and abundant with adventure. The subterranean world is an alternate reality, in which creatures of every kind roam without raising so much as an eyebrow. People that might not be found in the same room elsewhere are in close proximity, intimately joined at the hip.

In a very public space, privacy is a premium. Straphangers will try their best to sit as far from each other as possible, avoiding eye contact, showing no interest in those who are engaged with them in this transient communal experience. The subway car is analogous to a state between dimensions, a portal in between worlds, where time and space pause. It is simultaneously a sanctuary for lovers and an escape for the lonely.

The reception for this show will be on